skip to main | skip to sidebar

Here's the best deal I've gotten in a long time:

First, before you even read on (you'll be frustrated if you do), go over to Kroger and go down the candy isle. There is a $1/1 Starbucks candy bar coupon on a tear pad. Take as many as you can. I probably have over 50! Next, go over to the candle isle and pull yourself off at least 4 $2/1 Glade candle coupons. Now, get yourself over to Target!
On some obscure isle at the end where they usually put there clearance merchandise ( mine was near the pharmacy, go figure?) I found Starbucks dark chocolate candy bars marked down to .64 - amazing! I cleaned them out; taking 25 candy bars with me.
25 Starbucks candy bars @ .64 each = $16
use 25 $1/1 coupons
Total: $9 overage
Now, $9 overage is definitely enough to buy yourself a cute shirt, which is what I did to reward myself for finding such a good deal. But....it gets better.
Before you do this deal got to glade.com and print off 2 BOGO coupons for Glade oil candle holders. Then print off 2 BOGO coupons for Glade plugins. Target is running a deal where you buy 4 Holiday Glade products and get a $5 gift card (some stores say you have to buy an inStyle magazine, but it is ringing up without having to buy it).
4 Glade oil candle holders @ 2.50 each
use 2 BOGO coupons
use 2 $2/1 coupons (from Kroger)
Total: $1.38 and you get a $5 gift card
***Note: I just noticed today that you could print off two BOGO coupons here as well as the Glade site itself, meaning you could do this deal twice with the oil candles.***
You can do this with the plug ins, too (my Target was out of almost everything)
Now you've got $9 overage from the candy and a $5 gift card - that $14 to spend at Target- I got an adorable sweatshirt, what did you get?
By the way - I am planning on using these candy bars as a party favor. :) I'm not going to eat 25 Bars of chocolate, although I wouldn't put it past myself.
Posted by LizzyLanguage at 8:03 PM

Wiiii!
Love to see you using my template!
A big hug!!!

You did great! I am so jealous, we didnt get the Glade deal here in fla. ):
The scented oil kits are $6 here!

Way to go! I managed to snag several of the Starbuck coupons as well as the Glade. I checked my Target for the chocolate. They are marked down to $2.50 so I decided to wait a little longer. I have not had a chance to get in on the Glade deal, but I plan to.
I am not sure what my Target thinks of overages. I tried to buy something the other day that would give me $.25 overage for each one, but the cashier would not do it. Several months ago at the same store I had a cashier put through numerous coupons with an overage. think I will have to try again.

I got 1.50 starbucks coupons that I got at Walgreens the other day. They expire tomorrow. I think I may just have to head over to Target tomorrow. :)

Who's better than you???? You rock, Kara! We don't have Kroger here in NY...any ideas what other grocery stores might have the Qs?

This sounds great...I can hardly wait for my kids to get up (and stores to open) to check this out! Thanks for doing all this leg-work for us!

Did the cashier give you any problems? I once tried to use coupons that would have amounted to an overage at Target and they would not let me :(

Our target does NOT allow any kind of overage. They also have a limit of five coupons per transaction. I contacted corporate-- they said that is their policy now! You must be lucky, you're Target isn't following "the rules!"

What is the expiration date for the Glade deal?

I believe the Glade deal goes through 12/15

The Target here in Topeka wouldn't do it for me either...found the coups for $1 at Dillons then took them to Target for $.64 chocolate. It would've been quite the overage, so I wonder if it was the cashier that wouldn't do it or that Target. Hmmm....

Great deal finding though! Thank you!

Dahlia, I am sorry you didn't get the deal. Seems like that should have a least given you the .64 off, even without the overage. That sounds like a cashier issue to me. Mine when through without any problem so it can be done.

I would also like to post that I gave the cashier my sweater that I was buying before I gave the candy bars. At the end of my transaction I wasn't in the negative because I had already given her the sweater - seems less shocking, maybe.

Wow....great deal! I will head over to Kroger tonight and snag some coupons. Thanks

OK, so I guess it just took some persistence on my part because I went back again this evening to try again and it worked! It was totally the cashier - this time I got a teenager who let me use the $1 off coups. I got 20 of the .64 cent candy bars for free! With the overage I bought 4 Glade scented oil refills (and got a $5 Target card!) and some finger paints for my girls.

Lots of giveaways at this site.
http://toastyposts.blogspot.com

My Target was all out of the Glade thingys for the coupons but I picked up some of the other $2.50 items for goodie bags I was making up for girls night on Saturday so I still got a pretty good deal.

As for the Starbucks chocolate, I couldn't find the .64 ones but as I was leaving I noticed some candy bars by the register for $1.29 so I got 10 of those and used the coupons so I got them for .29! Those went right into the goodie bags, too!

Can I do this without the extra coupons from Kroger? We don't have Kroger in my area. Do I just use 4 of the BOGO coupons? I'm confused!

Is there a way to get the Glade deal without using the coupons from Kroger? We dont have them in my area. Do I just use 4 BOGO coupons? I'm confused!

Michelle, you can use one BOGO coupon for every 2 glade products. Which means if you buy 4 you can use two BOGO coupons. This will be a $5.00 total for you, and then you would get the $5 gift card, making the candles free. Now - what Kroger has is $2/1 candle coupons. So you could add two of these to you BOGO coupons and then you total for all four would be $1 something and you would still get the $5 gift card, which means it would be a moneymaker. Also - there are $2/1 coupons inside the candles as well so you could do the deal once and get them for free, then do the deal again use the BOGO coupons and the $2/1 coupons from the candles themselves. I hope I haven't confused you more.

amy and the bad cats said...

i was so jealous of your chocolate deal, especially since i culn't find the coupons at my kroger's. but last night at walgreens i found them! i got 14, because it was from a blinkie machine and took forever to reset to spit out another. anyway, i went to target today and found the last 9 bars for 64 cents! i tried to do the glade deal as well, but for some reason two of my items rang up as 2.99 each even though they were definitely the holiday scents, and i didn't get the gift card, apparently because i didn't by the instyle magazine! i still had coupons i used, though, so it turned out to be a fantastically great target trip!

I just found your blog and I like your Delicious Dove Deal. I also really like using coupons and saving money and donating goods to friends and charity. Where I get confused is at what point (# of coupons) does raiding the coupon dispenser cross the line into "taking" from others?
Does anyone else feel this way?

If you've got a question for me shoot me an email:

Just copy and link it to my site! 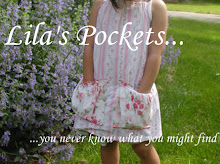 Check the lastest freebies from this site!

LizzyLanguage
Hi, I am a wife, mother, daughter, sister, friend, and listening ear. My carreer choice has been counseling, but my passion is helping women. God has me home with my kids for a season, so I thought why not try and help a few women during my kids' nap time everyday. As women we a have our own complicated, unique way of viewing the world and communicate it in a language all our own. I promise to share some of my own joys and frustrations, and hopefully some tips that have helped me along the way as well. There will be days I dive into life's tough issues and days when I tell you what my favorite meal for the week is, so hopefully you find something you relate with on either spectrum. May this site speak your language. Have fun!